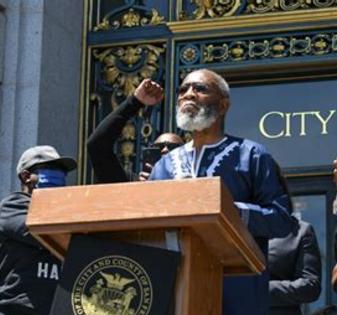 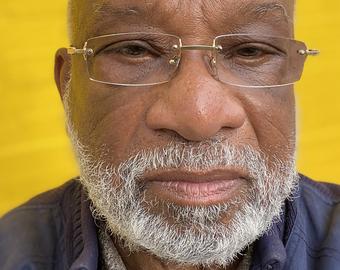 Chester Higgins Jr. previews his blockbuster photography book Sacred Nile in the opening Daily Dialogue of the 18th annual National Black Business Month(tm) on Sunday, August 1 at 7 p.m. Eastern at reunionnetwork.info
The Tuskegee University alumnus says, "Sacred Nile is a photography book about a river and how the ancient people who lived along its banks were the first to worship a God. Sacred Nile tells the story of our legacy of faith."
Faith and Spirituality is the focus on the first of the 31 Ways 31 Days nightly series, covering the breadth and deep history of African-American enterprises.  No such analysis is complete without the role of the Black church.
Dr. Amos C. Brown, senior pastor of Third Baptist Church, also marks the 169th anniversary of his congregation in San Francisco, which helped fund the raid on Harper's Ferry that precipitated the Civil War.   Brown, taught by Dr. Martin Luther King Jr. at Morehouse, is a board member of the NAACP and president of the San Francisco NAACP.
Mentored by the likes of Gordon Parks and Romare Bearden, Brooklyn-based Higgins served as a staff photographer for the New York Times from 1975 to 2014.
NBBM Co-founder John William Templeton was part of the design team for the Museum of the African Diaspora in San Francisco which created a composite of one of Higgins' iconic photos for its front wall. He received the Community Activist of the Year Award from the San Francisco NAACP.
"We are going back to the beginning for 31 industry and opportunity sectors of Black business during August 2021," said Templeton, who has posted the earliest Black entrepreneurs in every state at blackbusinessmonth.com.   For Aug. 1, each state has the earliest Black church in the jurisdiction.
The 18th annual National Black Business Month(tm) has a theme of Pandemic to Prosperity, charting a path to fruition of Our10Plan: the African-American economic strategy. In the 18th annual State of Black Business report, Templeton ranks the states on the Black Business Affinity Index using the 10 Key Factors for Black Business Success.
Virginia, Illinois, Maryland, New York and Ohio rank highest on the scale.
August 1 is also West Indian Emancipation Day, an important milestone in the development of African-American and Caribbean businesses.  During the first week, Abdoul Bello, executive director of the World Bank, will explore the impact of the African Continental Free Trade Agreement. On August 6, HBCU alumni will rally on the anniversary of the Voting Rights Act, an accomplishment achieved by a number of HBCU alumni and families, to preserve the representation made possible by the vote.
An August 13 program will explore the impact of anti-competitive practices on Black-owned businesses.
To experience all 31 Ways 31 Days Daily Dialogues, visit blackbusinessmonth.com to subscribe to the Journal of Black Innovation.  The programs are being produced by the Dr. T. Nathaniel Burbridge Center for Inclusive Innovation and the Sargent Claude Johnson National Museum of African-American Art.
ReUNION: Education-Arts-Heritage is the African-American children's educational channel, beginning its 11th season Aug. 15 with the 30-episode Road to Ratification: How 27 States Faced the Most Challenging Issue in American History.
​